Docs in Thessaloniki -much more than pitching

04 Apr Docs in Thessaloniki -much more than pitching

Posted at 17:04h in Documentary, In Development, Slow by leticia 0 Comments
0 Likes
Share

I have been meaning to write this post for a while, the immediacy of the internet making it already old, but my sentiment remaining as strong as after the wonderful, intense and moving week in Thessaloniki.

As we headed there through London Stansted airport I felt so angry at the serpentine shopping centre that starts as soon as you pass the security check and forces the traveller to walk by each and every single shop, leaving us just with a handful of seats at the end of it, where you can rest without having to consume anything. I know most airports are going this way, but Stansted has just won the the prize in commercial harassment for me. And of course, in the flight itself you can’t get anything without putting your hand in your pocket, but I won’t go there, as Fascinating Aida have done it so brilliantly.

So, our trip and our late and weary arrival gave nothing away of what was about to happen in the following 6 days, in the group sessions, workshops, rehearsals, shared meals and so many other moments were people came truly together. 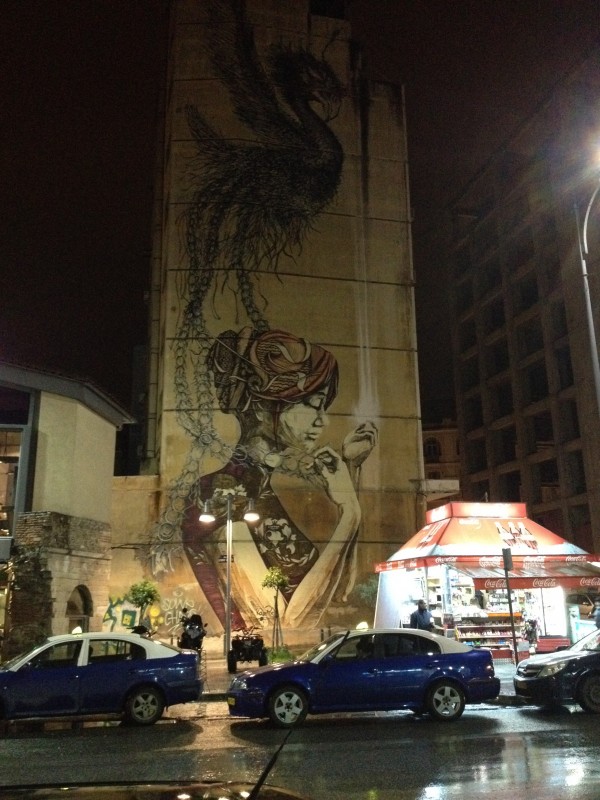 We did more than pitch, we made more than contacts; we made friendships and got a feeling of fulfilment and achievement that seems ludicrous in those few days and with all of those, then, strangers.

As I said the morning of Sunday March 19th, before we were about to pitch “Slow” to commissioning editors and distributors, we had already gained so much. I was nervous about our actual pitch, it must be the performer in me, I just wanted to do it well, not so worried about what would be questioned afterwards, as we have been made to feel at ease and supported.

And we did make great contacts also with some of the people we pitched to, but I really have to thank EDN and all the tutors we had and the two we only met briefly for creating an atmosphere of camaraderie, learning, joviality, honesty and true sharing. Thank you Ove, Cecilie, Laurien, Thomas, Joelle, Flora, Brian, Gitte, Hanna and Thierry.

At a time, when, on one hand some people want our world to be one big shop, and others are fighting to expose the gross immorality of the multibillion companies and individuals, I hope that all those stories in the making of people fighting systems of every kind, personal struggles and journeys of discovery and reflection, investigations against corruption or to make sure it never happens again, I hope to see every single one of those fantastic films finished.