Have you ever wondered where amber comes from?

Simojovel in the South of Mexico, is one of the two regions in the world where natural amber has a unique transparency and range of colours. The way of extracting remains unchanged since Mayan times: by hand in tunnels dug into the mountains. This amber has become very valuable for international buyers. The indigenous miners own their mines, but they cannot reach the buyers, separated by 3 other steps in the marketing and production chain, where jewellers can make a 500%+ profit. But now, Chinese and US buyers are going directly to the mines and paying top dollar and the old club of national jewellers complain of unfairness.

Land of Amber will screen at the Aljazeera International Documentary Film Festival from the 26-29 November 2015, competing in the medium length category.

Land of Amber selected for the Canadian Labour International Festival. The film will screen at the Carlton Cinema in Toronto on the 14 & 15th November 2015. 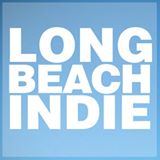 Land of Amber had its North American premiere at the Long Beach Indie  International Film, Media, and Music Festival in California in October 2015.

Watch Land of Amber on