A young Irish man in an unfamiliar European city gets help and refuge from an illegal immigrant for a night, a young man like himself. For one night, They’re equals.

Filmed with an actor and an asylum seeker, both providing dialogue from their own life experiences, this drama turns the idea of giving refuge on its head. Ruairí is a young man from Ireland who is left wandering the streets of Seville aimlessly, after a break-up. He doesn’t speak the language and doesn’t know his way around. After his bag is stolen, he thinks of nothing else than finding the Irish embassy and going back home. A young black man notices his shaken and possessionless state and offers help. Despite himself, Ruairí has to accept shelter in Lawrence’s street hide-out, where Lawrence offers food, clothing and appeases Ruairí’s fears about having to sleep on the street. Through the night, the story of Lawrence’s journey from Cameroon to Seville and Ruairí’s struggle to understand his situation, reflect the real stories of thousands who throw themselves to uncertainty in the Mediterranean. The two men are the same age and, for a few hours, they’re in the same situation. What can the morning bring? 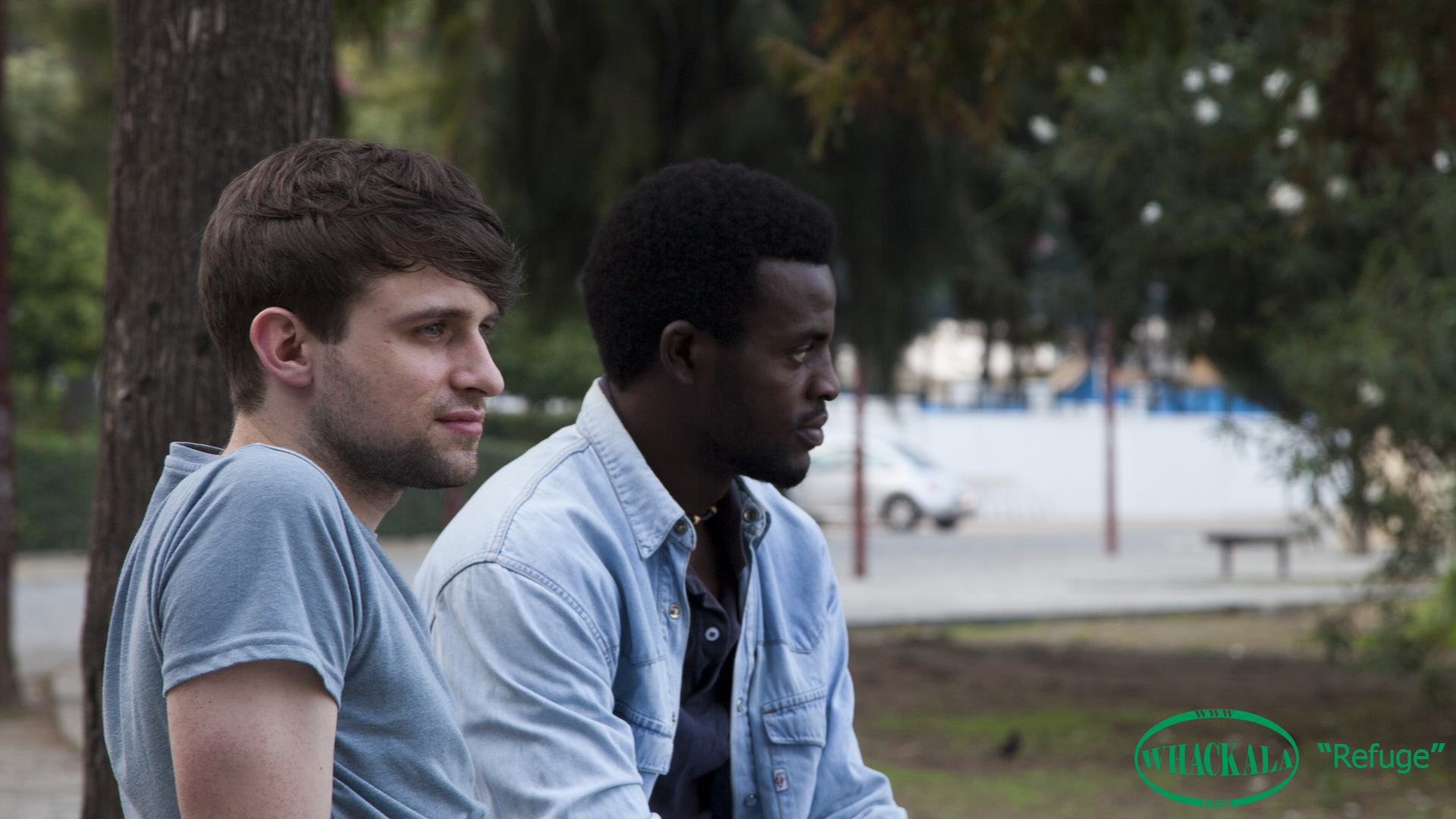 L to R: Tommy Harris and Cletus Fonony as the two leads