Hello and Happy New one!

Lots of things starting, finishing and continuing around here for 2014-too many deadlines in 3 months-time, to be honest, so we’ll have to keep our heads down.

This is what we’re up to at the moment:

We’re developing a fiction feature script with the talented and versatile writer Patrick Chapman (poet, writer, TV and screenwriter) who launched a new book, The Negative Cutter before Christmas.

We’re finishing two new docs: Land of Amber, shot in Mexico this time last year, with help from the Simon Cumbers Media Fund and made for broadcast in TG4 in the spring; and Park Life, a new version of City Wild for RTÉ, which should also be finished around then -didn’t I tell you?

We’re also in development with a new doc with Andalusian production company Imago Producciones, which main parts are to be shot both in Ireland and in the South of Spain, which also needs to hit a deadline in March!

And, and, and… most urgently, City Wild is premiering in Dublin!: IFI, 19th January, 1pm, you can read all about that HERE. We just got featured in the Herald this morning and a nice segment in the 98FM morning news as well.

So, if you’re in Dublin next weekend, we may see you, in one of the few occasions we’ll have before evenings get nice and long again. 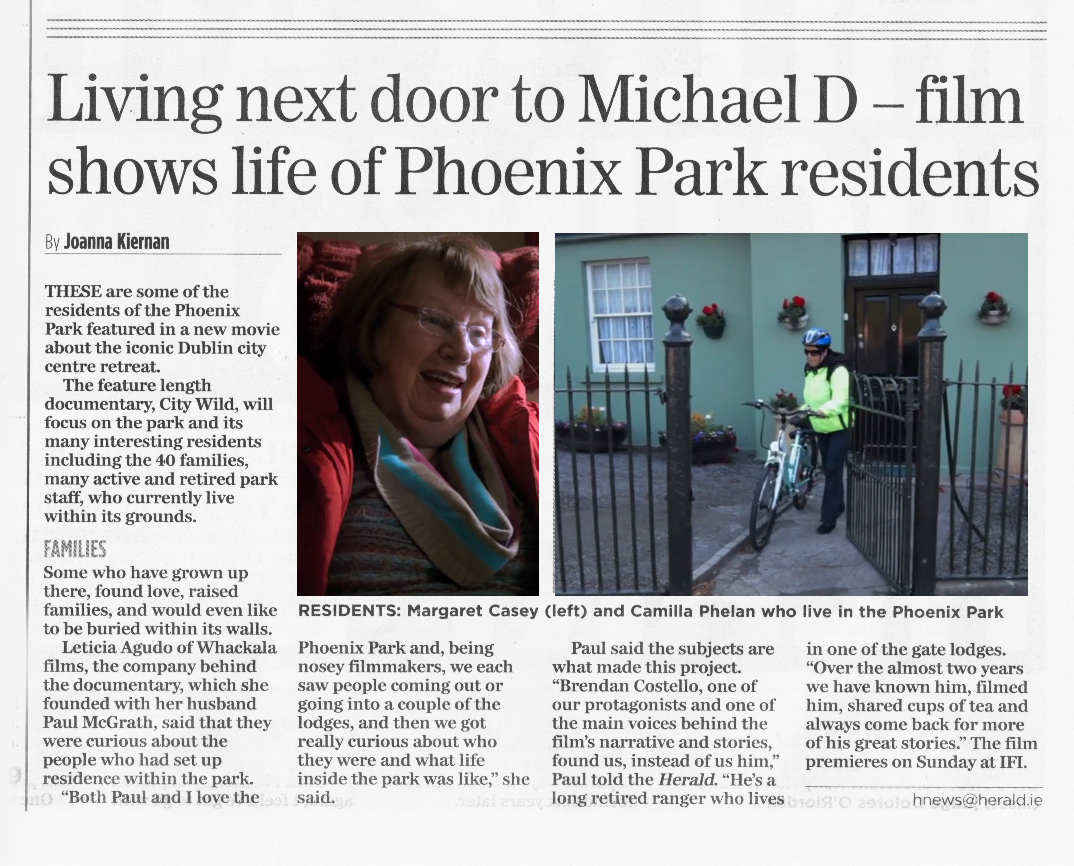