Posted at 20:20h in Documentary, Land of Amber by leticia 0 Comments
0 Likes
Share

We have been worrying about the weather, looking at different meteorological sources before coming over, since, if it rains, it will be hard or impossible to film in the mines again. As it turns out, even though we’re in the dry season, there should be 12 consecutive days of rain in the new year for the harvest to be good. This was something the Mayans observed and now the rural communities know and follow. We could get a lot more rain before we go…

Paul and I wait

Indeed it has rained on and off through the night and we wake up to grey and foggy skies. The rain delays us going to Pauchil, as we wait for clearer skies during breakfast and for the family we’ve been dealing with to be back home from an errand. In the end it’s after 11am when we head out, accompanied by Jorge. We have 4 different shots to get, and, as we set the camera for the first one, trouble starts. Paul and I, busy with the shot, don’t realise that some guys behind are saying something for our benefit in Spanish, that they are not going to let Polo come to work in the mines anymore. Alicia and Jorge have been talking to them, explaining, as they’ve done many times before, what we’re doing, but there seems to be a some bad blood. We capture a couple of establishing shots of Dionisio’s house further up the hill. He comes down to say hello and explains the full size of the problem. The rest of the community are angry and jealous of him, they think we-re buying tons of amber from him and Polo, they think we are going to make lots of money from the project; he had shown them the release form he signed and they told him that now he can’t claim anything. 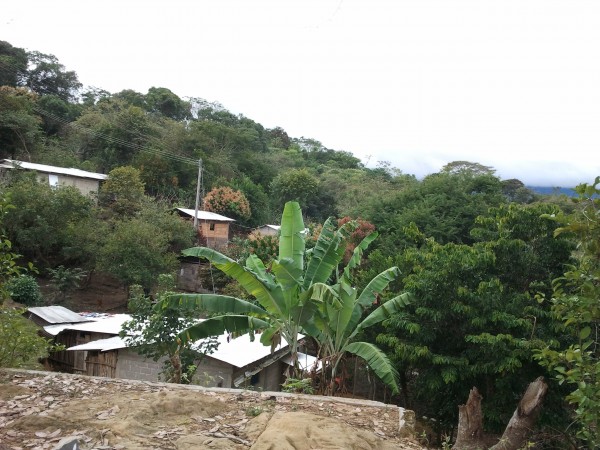 Miners in all communities before worked in an isolated way, just relying on their own families and guarded from everyone else. In Pauchil, they formed an association fairly recently to improve the village and create a system where they would make an income from visitors to the mines, take them to their amber centre to shop, etc. All well and good, but the interpretation of this system seems to have taken away some individual rights, like the right of anybody to visit one particular family and bring them some stuff for lunch. Dionisio has been admonished for not reporting our visits to the authorities. Alicia has known Dionisio’s family for more than two years and Jorge has been in contact with this community for five, trying to help, making videos that would show their situation, sending visitors from the museum to the their mining village, etc. They had already talked about the longer project, they had all agreed, but they have gotten jealous and suspicious, of seeing us with what they consider big professional equipment going to film with Dionisio and his family and Polo only. 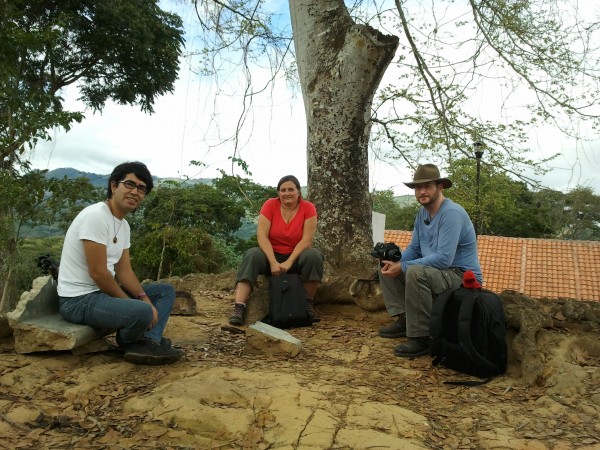 Alicia has been explaining that we’re not making money, we’re loosing it, as we’re putting most of it ourselves; that we’re trying to show their situation further afield, bring attention to the amber region, for buyers and tourists to venture out of San Cristobal; she has also been doing and offering to do further jobs to help them. She tells me that even if we had gone and explained everything in one of their assemblies, seeing us repeatedly go and film with a selected few might would have brought up jealousies and suspicions. It goes back to what I wrote in an earlier post about being a people that has been repeatedly abused and been taken advantage of, but now the suspicion goes amongst themselves and no matter what we say, as white foreigners, as Alicia told them annoyed, they see dollars signs on our faces.

Anyhow, we’re more or less “run” from the village; Dionisio asked us to talk to the authorities, but they don’t have a meeting until the evening and they’ll let us know afterwards, we can come back to film or not! As we head back to the car Paul and I really want to insist, for the good of the film. Alicia and Jorge have a further heated discussion with the two guys that were talking about Polo at the beginning, making sure they don’t do any harm to either him or Dionisio. They take her mobiel number and say they will let us know at 7am next morning on the outcome of the meeting, so we can come and explain our aims to the whole village, crikey…