Posted at 20:31h in Documentary, Land of Amber by leticia 0 Comments
0 Likes
Share

You can get from anywhere to anywhere in Mexico, in a combination of road transport: big buses, half buses, pick-up trucks and my favourite, the combis, old Volkswagen vans. Outside the main bus depot in San Cristobal, groups of combis organised by destination gather on either side of the big avenue, one of the entrances to the town; men stand in front of them shouting their destination: “Tuxtla, Tuxtla, Tuxtla!” “Comitán, Comitán”. Plenty of people always milling about, coming or leaving; they’re supposed to leave every ten minutes but really, it’s when they’re full, which, thankfully, happens very quickly. 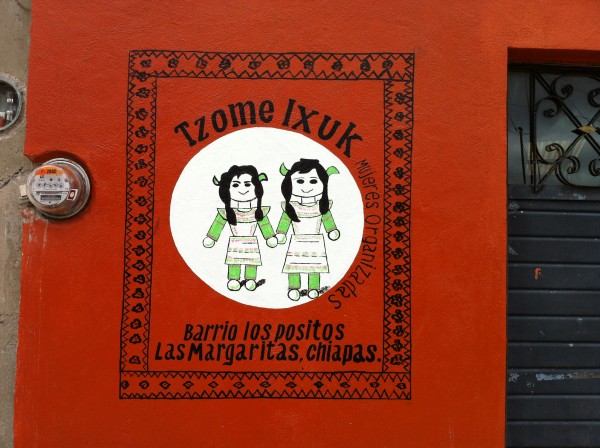 We enjoy the trip as we look and reminisce on a route well travelled a few years ago. More clusters of houses have popped up along the road, with denominations like Ejidos, which are communal lands, “poblaciones” “rancherías”, one is even called a“habitational cluster”, depending on their size and type. Many evangelist churches too, some of unknown doctrines, my favourite is a big orange building with “Church of Christ in Restoration” written across the top. I wouldn’t want one where he’s broken! What kind of enticement is that? US ministers came and introduced pentecostal evangelist churches here and, when they left, apart from creating a lot of violence between Catholics and the new believers at the beginning, now these churches are completely integrated in the culture, they have split and re-split and been reinvented by each group becoming the people’s own, with their doctrines as stretchable as chewing gum, although they all base their teachings on the Bible. 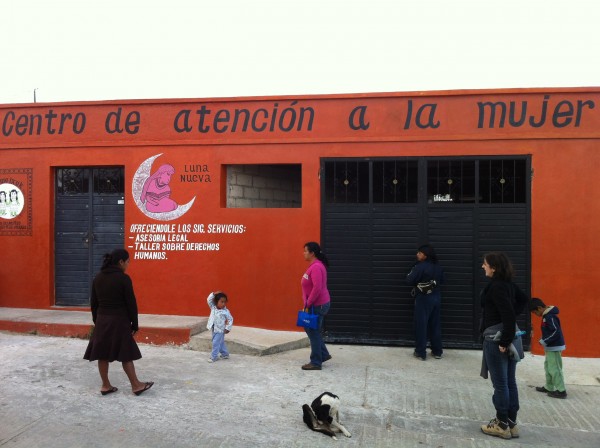 When we arrive at the Pocitos neighbourhood in Las Margaritas, suspense is enhanced by finding no one we know, their centre is locked, Juanita isn’t home, nor Martha and Esteban or Mary, the all live on the same stretch of street, it reminds me of a friend’s family in Donegal. I send Juanita a text and she emerges from her mum’s house; little by little they all come to the centre to say hello, even my namesake Lety, who was a shy expectant mum when I met her, recently married to one Juanita’s brothers, and now seems to have come into her own, thanks to the centre and this very supportive and unusual group of people. We’re all a bit awkward at first, and, as we eat and chat we relax with each other. The biggest shock are the children, of course, so much older and shier as well, they used to hang around us and the camera all the time, and now they’re much more contained, the ones who were youngest then have a hard time remembering us – there has been quite a number of whities around here through the years, after all, helping, doing workshops, visiting. 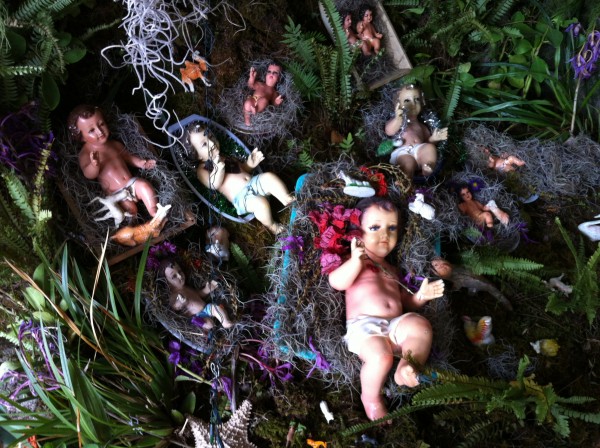 All the baby Jesus in the centre after Christmas Eve, they will sit them up and dress them in February

I’m delighted to see all the improvements to the centre, to hear tat they have received a couple of grants for new projects in the communities as well as Juanita receiving a national award as a social leader, the first indigenous woman to ever get it, which will really help them in their endeavours. Unlike many other NGO-type organisations we’ve encountered here, they don’t draw a wage from what they raise, they use it in their projects, to get to the most remote Tojolobal communities, their own ethnic group, and train young people on sexual rights, gender rights, social justice and to investigate into right abuses; one of their projects at the moment is about domestic workers, which tend to be indigenous, to find our exactly what their employment conditions are and help them in improving them, dealing with the local authorities who know Juanita and her group well and who know she’s not necessarily well liked by her townsfolk, as she rocks the boat on things a fair bit, particularly well-seated behaviour between men and women, indigenous and non.