Day eight: Filming with the small amber artisans and sellers in Simojovel

21 Dec Day eight: Filming with the small amber artisans and sellers in Simojovel

Posted at 19:00h in Documentary, Land of Amber by leticia 0 Comments
0 Likes
Share 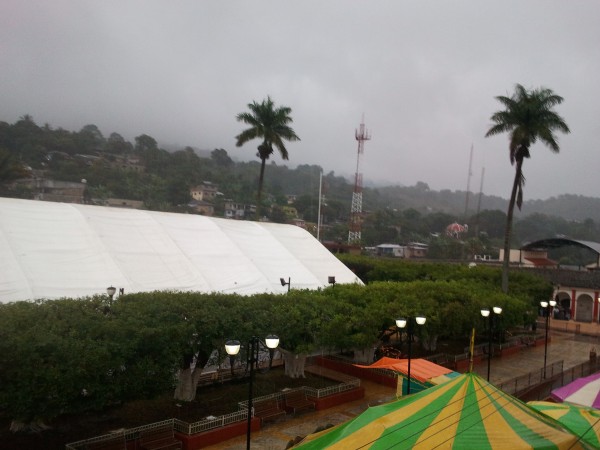 Rain, rain and the quiet fair rides below!

Last night we were blessed, with rain, which stopped the fair and the music and cooled the air, but it hasn’t stopped and it doesn’t look like it’s going to. It is the 21st after all, and it rains heavily in the middle of the dry season, is it a sign? We hear from San Cristobal about it being worse over there, with flooding and blackouts, and we hear about the Zapatistas. They made a silent march through San Cristobal and two other municipal heads in the region: Margaritas and Ocosingo. About 20,000 of them went into San Cristobal, silently and perfectly organised, they just flooded the town and walked through the centre, the main square and out the opposite end: only a short communique from the famous Sub commander Marcos makes it to the news, something about our end of the world being their beginning, a sort of poetic short message, because he did have to say something, but people are more impressed by the numbers of balaclava-clad indigenous men and women, most in their traditional clothing, walking in complete silence and order through the town. I would have liked to see it, we just catch a glimpse of it in the news as we have breakfast. I do wonder what the point is, though, I suppose it says “we’re still here”, “we’ve been working and progressing independently from the government, educating our children and leading our lives and justice completely separated from everyone else’s, whether we’re international news anymore or not”.

The rain has slowed everything down our end. We make it to Polo’s who very vaguely agreed to meet us at his house in the morning, but it doesn’t look like we’re going to be able to film him anymore this time round. Alicia knew that his “yes” yesterday wasn’t quite a yes. She reminds me that Mexicans never say no; they have several ways of saying “yes” that she’s learnt to interpret as “no at chance it’s going to happen” carrying various degrees of conviction -if only it was as clear in Ireland! It makes me think of one of Jesus Christ’s famous lines in the New Testament, which my mum likes saying to my dad jokingly when he says one thing but acts the opposite a few minutes later “let your “yes” be a “yes” and your “no” a “no” my translation. Most of the miners belong to the 7th Day Adventists church and is rubbing off, they like to quote the bible. 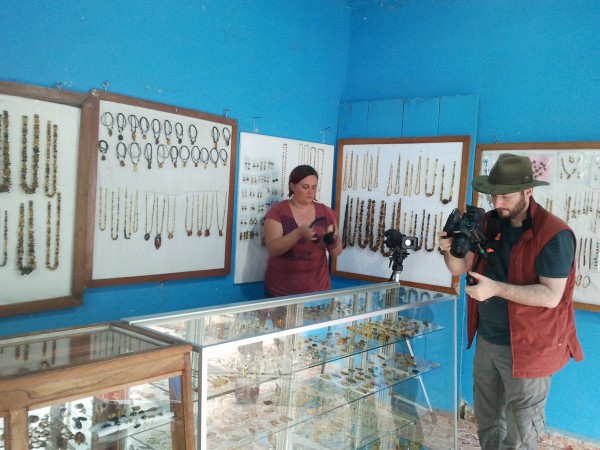 Setting up in the amber shop 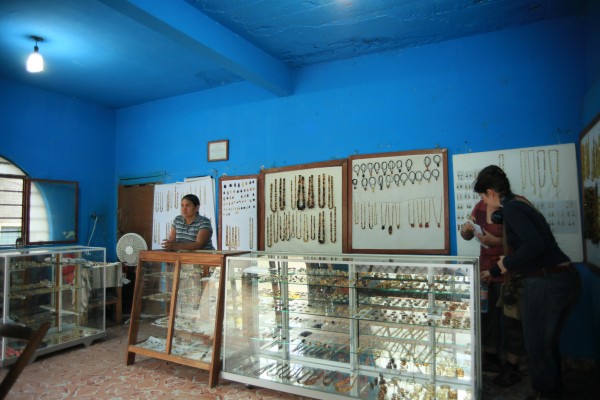 In the amber shop with Juana

After we’re gently let down by Polo we go to our next location, a small amber shop near the main square that we had previously arranged to film at. We spend there most of the day, shooting with two and sometimes three cameras, we film the life of the shop and the craftwork they do with amber. They’re both amber artisans and merchants. We leave one camera on and the radio mic on the main character -letting them know, of course- while the three of us disappear for an hour, to see what happens, who comes in to buy or sell, while we’re away. We’re the only non Mexican foreigners in this small town and anywhere we go we seem to be the attraction, so we want to leave them to it and see what happens when they’re freer. In the main square and the amber fair that’s happening in the middle under a big marquee, the smallest, probably poorest of small merchants, approaching holding plastic bags and whispering “do you want amber?” almost inaudibly and suspiciously as if they were selling drugs. 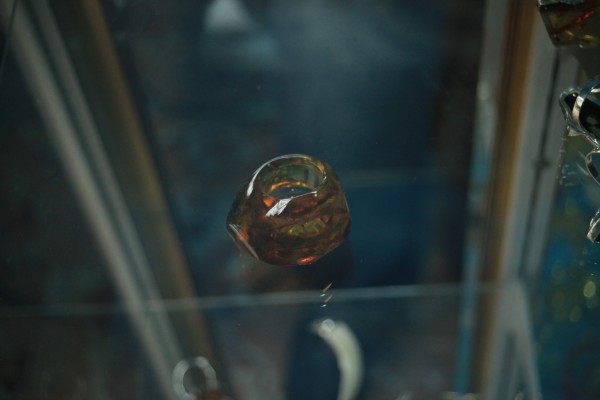 An amber ring made on the spot

It’s been a full, wet and productive day. We have a light tacos dinner next to the hotel and count our lucky stars that it’s still drizzling and the fair rides will not go on for another night. Happy end of the world, everybody, at least for a night.