Day seven: back to the mines

20 Dec Day seven: back to the mines

Posted at 17:41h in Documentary, Land of Amber by leticia 0 Comments
0 Likes
Share 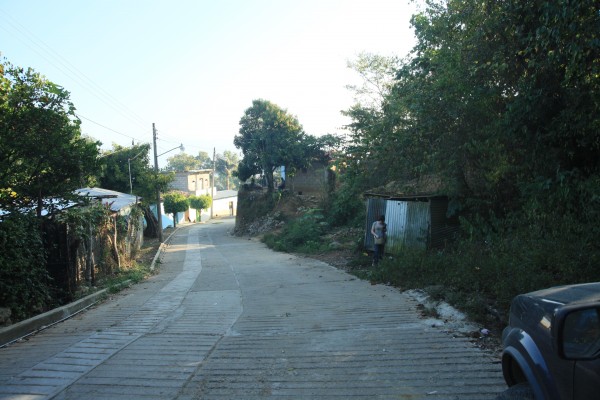 Setting up outside Polo’s

We have arranged to pick Polo up at his house at 8am to film him on the way to Pauchil, which, when there’s no transport and not enough money, he walks. We do a few takes, which as Paul says, look so Mexican, in particular the one of him as he leaves the town behind, walking on the unpaved road, a wide take that shows the dusty yellowy road, people walking, street dogs, some cars, people selling food to the last houses in the town… Once in Pauchil, we negotiate where to leave the car, chat to some of the other locals and make our way up to Dionisio’s to film some scenes between them. On the way, Polo wants to stop at his friend’s house and say hello, and we get to film him talking passionately to his friend and family, riling them up for development and change for their communities. He tells them they need to get their work better appreciated and remunerated; that they need to protect their health and get a fan, as some of them do, to protect their eyesight from the amber dust when they polish it. Polo is a great character, he’s articulate, funny and full of energy; he wants to empower his friends, he wants them to see that it’s thanks to all of their hard work that they’re improving the infrastructure of their community with the new paths and “cultural centre” building. He asks “Why is your community getting better when others aren’t?” We all thinking the answer will be something like “because we work harder” or “we want to better ourselves”, but the friend, who’s been fairly quiet and has been enjoying Polo’s enthusiastic speech, comes out with “because we’re better friends with the governor”. It doesn’t take away from these miners having a hard life, worse than anyone else in the amber industry, but it’s funny and true of most human conditions, they’re not going to say “no” to something that benefits them, independently of morals and ideology. The governor is probably trying to make himself look good by throwing a bit of money at the biggest pink elephant in the region, where most people live off amber, but sure, they got a better path and a centre to present their amber when they get it finished. 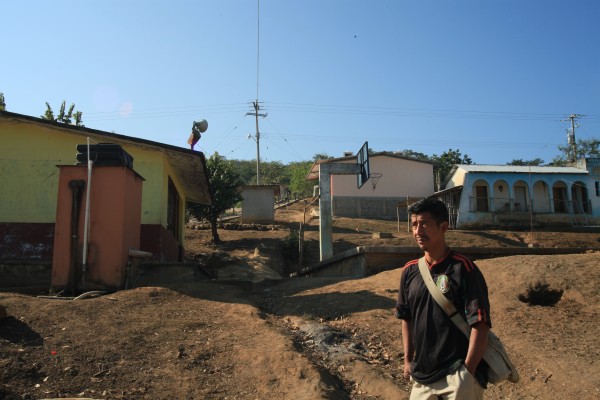 Polo at the centre of Pauchil, before going up towards the mines 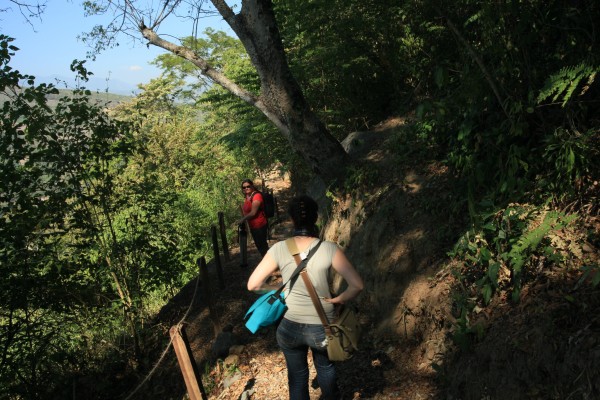 A stop on the way to Dionisio’s mines 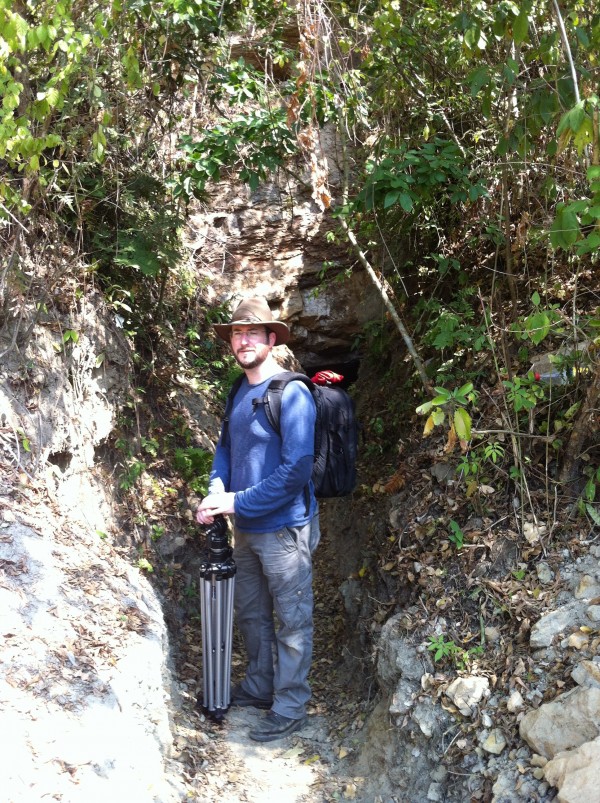 Paul outside one of the small mines

After some more filming at Dionisio’s house we go to look for Polo who headed on to the mine to advance his work. Paul sets himself with a GoPro on the head and the DSLR on the hand and I follow with a light, Alicia filming us both. We advance into the pure completely black space, looking for signs of reaching the end of the mine, we finally spot the wheelbarrow for taking out the debris and a few metres ahead, a single light shines towards us and Polo shouts out “the heat!”, and, without another word he carries on working with the light on his head and we settle around him, giving him some extra light with the ones we carry. We film silently, half hypnotised by the sound of the hammer on the chisel and Polo’s rhythmic sighs and movement, the air getting thinner and hotter until Paul announces that his camera is telling him it’s got as much heat as it will take today. 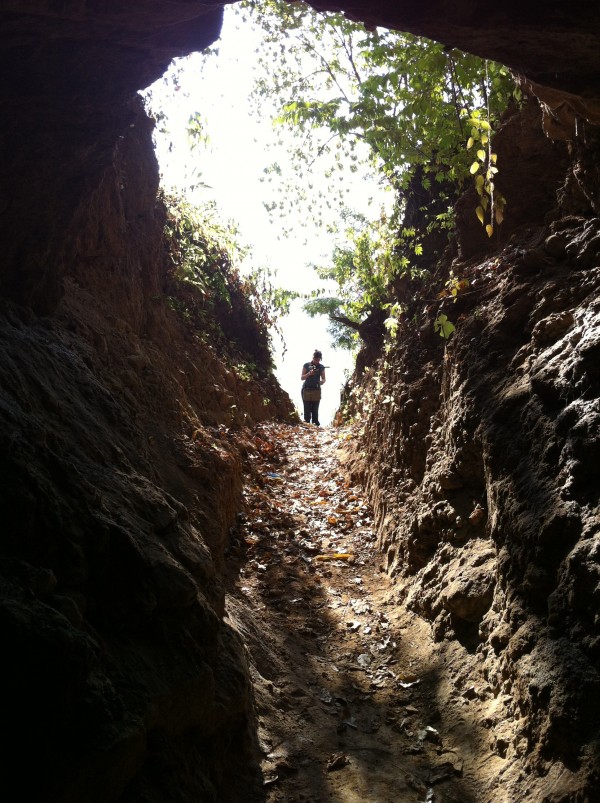 Outside our main mine for filming 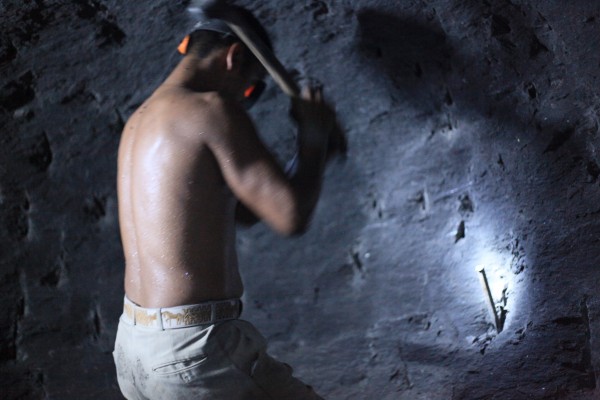