More of day three and four: still in San Cristobal

Posted at 20:30h in Documentary, Land of Amber by leticia 0 Comments
0 Likes
Share

While we were in the centre yesterday we visited the three main amber shops that we would like to film and made some initial enquiries and some interesting discoveries. They’re all happy to talk to us and it seems happy to appear, some of them were surprised that the film would be at least an hour long, since they are used to some filming having been done for shorts or publicity inserts. We insisted that we wanted the whole process from the miners to them; it’s important that we make it clear it won’t be a promotional tool for the shops or jewelers families, since the work of the miners has never been a focus before, even though there has been filming in the mines. If featured they have tended to concentrate on the beauty of the hand extraction, but not the people behind it, and that’s what Paul and I are always interested in, the people. An issue, an event, a region, yes, but always through the people involved and their stories. Wow, I’m all business now! 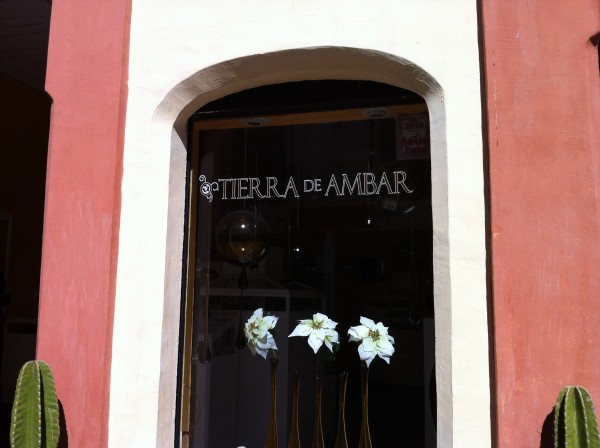 Land of Amber, one of the shops

At one point on the evening while we struggled through equipment check up and prep after a tasty late lunch prepared by Ilhui, the thinking, as he calls it -“you three go and carry on thinking”- just got too much for our muggy sleepless heads and we took the decision to continue prepping tomorrow before heading out to Simojovel, which is three hours away. The three of us were incredibly relived.

There were only a few stubborn bangers last night and then all was more or less quiet, until about 6 am when all the cockerels, dogs and other animals around us start their chorus, but we’re prepared for it today. 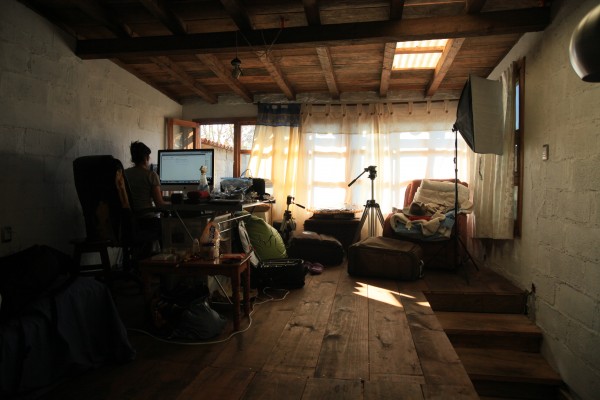 Working away in our room

It’s been a day of emails, translating release forms into Spanish, matching the colour scheme between our camera and Alicia’s, testing the mics… We needed this. Paul and I walk into town in the evening to take a bit of air, which at this time of the year is as dry as it can be, and onto the busy, now international Tourist Walk. There are quite a few new shops, some of them look like silly fancy hippy shops, a locale selling a few espadrille shoes and a few bags like the ones the indigenous women used, but “curated” and displayed on wooden walls… what on earth is this, what’s happened? Alicia told us earlier that the indigenous children sellers are moved on from these streets by the police, while a couple of hippy foreigners with a bongo and a guitar busk on a bench. Don’t get me wrong, I’ve nothing against buskin or bongo playing but you can see the irony, particularly after 1994 and the hordes of Zapa-tourists that have flocked to the town, it has just been turned into something else to sell and the indigenous are more displaced from this town that ever.