Posted at 13:42h in Documentary, Land of Amber by leticia 0 Comments
0 Likes
Share 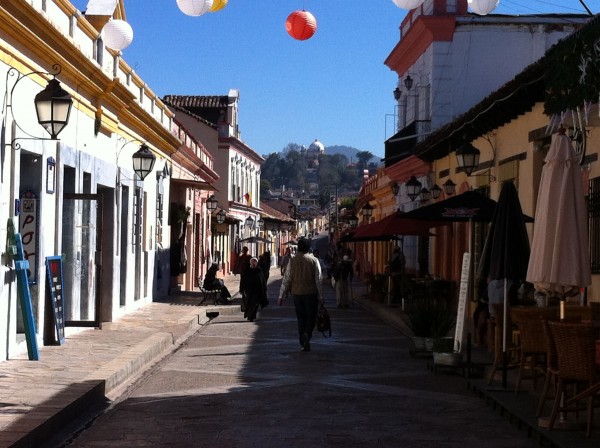 There wasn’t much sleeping at all last night, it wasn’t jet lag or tiredness, it’s the Guadalupe-Reyes Marathon… that’s what the Mexicans call this festive period, which, for them, it ranges from their patron’s day, the virgin of Guadalupe on December 12th right through to Kings’ Day or Little Christmas as some of you might know it, on January the 6th what happens in between is, let’s call it linkage. Celebrations here happen mostly outside: fairs, processions, music, and bangers, plenty of bangers.

In Alicia and Ilhui’s neighborhood, Cuxtitali, there’s a fair in the main square behind us, our hosts don’t really know if it’s linked to the saint of the particular church, if it’s left over from the 12th or if it might be for the hell of it; the case is that there are bands playing and bangers exploding over the roof all night long. Alicia has two dogs and, naturally they’re going bananas too -I thought if you were a Mexican dog you must surely be used to this and have toughened up a bit, but it’s not the case. Some of the music is melodic and most of it is fast and furious, trumpets, drums, guitars, similar to mariachi music, so you’ll know what I mean. It gives me an idea for the documentary half way through the night. It makes me think of Emir Kusturica’s film Underground, with the manic gipsy band popping up very so often and running across the shot, sometimes behind the characters. I love that film, and the music placed you in the region and the culture straight away. This mad fun music and the bright colours have always been part of what Mexico is like for me, maybe they should be part of the film too. And I know I’m simplifying, this kind of music isn’t really indigenous, their’s is much sadder, simpler, less busy, much more marimba than trumpets, even though they’ve adopted the mariachi-type much more in recent years, particularly in urban areas, but part of my job here is to keep thinking like the outsider, to be able to place the foreign audience in the documentary, so you’re getting Mariachi music, and that’s it!

After a cup of coffee and a chat, Paul, Alicia and I discuss the structure of the film in more detail and what we need from the Simojovel characters -we’re heading off tomorrow to the mines region for a week, to concentrate on the miners, and small artisans and merchants. We only get so far and our heads are like cotton, fluffy and useless, so we decide to go into the centre for breakfast and to continue the work.

On the way we see a procession way in the distance, people dancing behind a few floats but I’m glad we bumped into it again in the centre. A live Nativity is on one float, and the Crucifixion and Resurrection follow (!) In front and behind people dancing with masks, anything from monsters to more traditional masks, to two guys dressed as Atomic Ants. The band again is playing fun, fast, celebratory music, it’s not a procession, it’s a party: 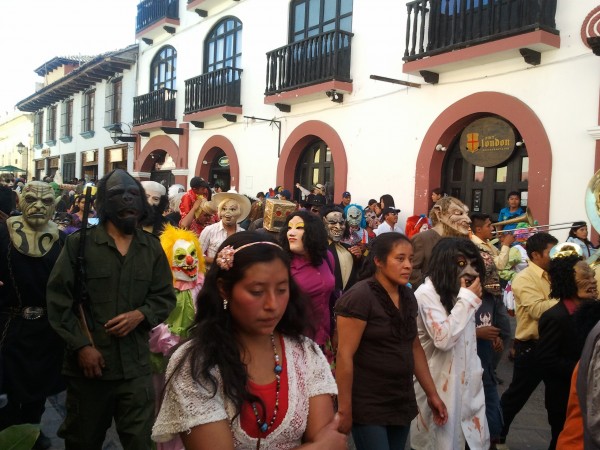 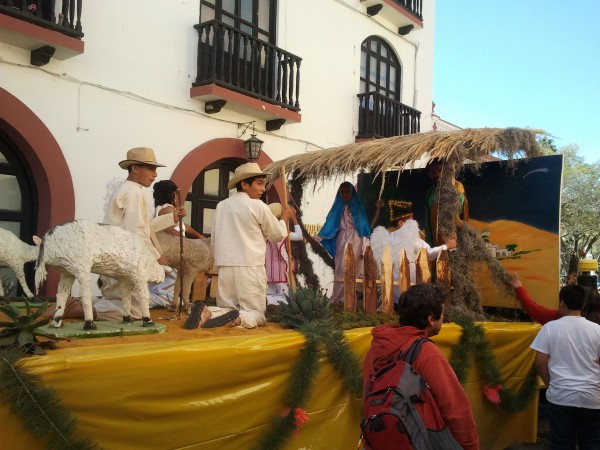 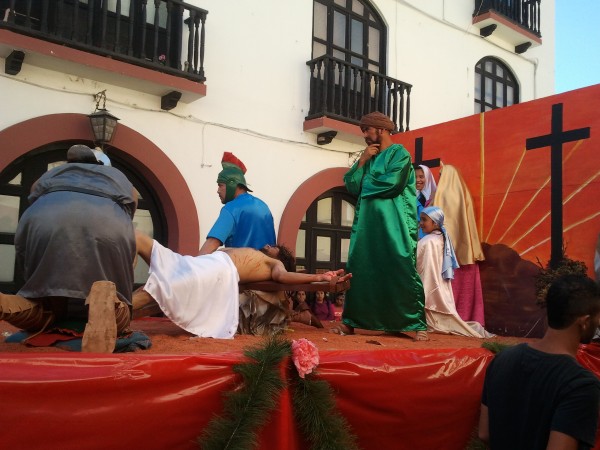 Nailing him to the cross -at Christmas? 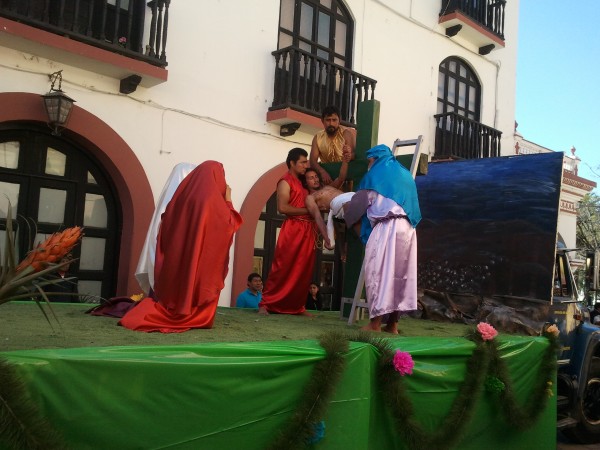 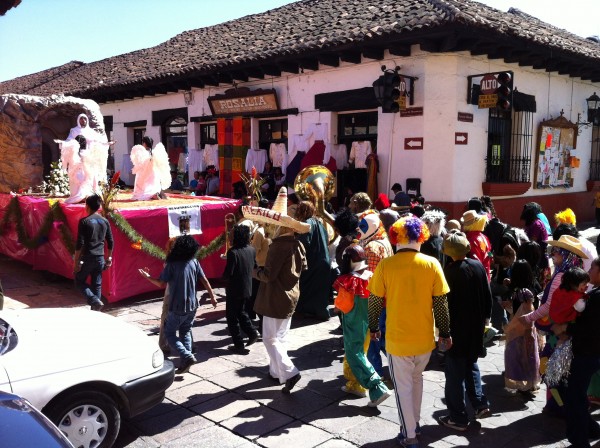 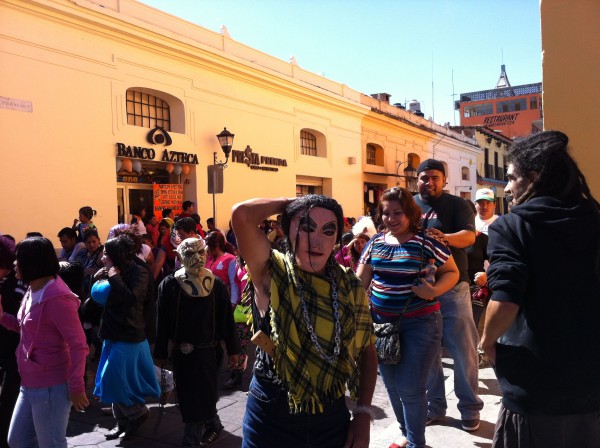