Posted at 16:40h in Promotional by Paul 0 Comments
0 Likes
Share

We’re back from Mipcom for 2 weeks now and boy are we tired. We have been catching up on catching up, work, contacts emails, other projects… and sleep.

It was our first trip to the famous and humongous international entertainment content market; we had tons of meetings and tons of….. 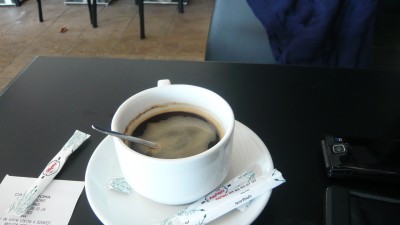 And, we have to say, not one of them was bad, for which we’re thankful, given that we were downing them from 8am to 7pm while pitching, talking, networking, and walking between meetings… 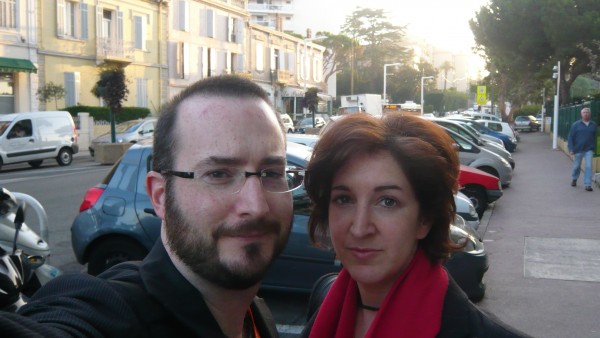 Bright and early... waiting for the morning shuttle bus outside our hotel

Here’s Paul all dressed up in media chic outside the main building where it was all happening, the Palais des Festivals et des Congrès 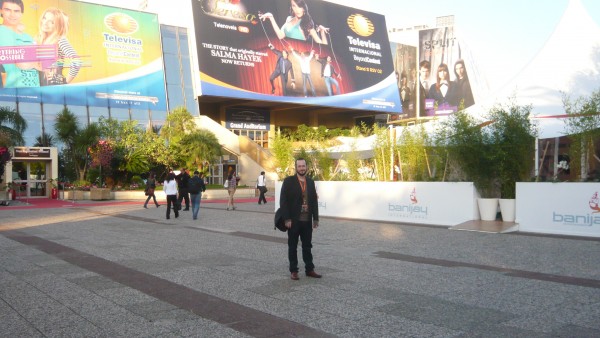 notice the poster behind: 'the story that originally starred Salma Hayek...' winner pitch

And a close-up, why not, he looks good 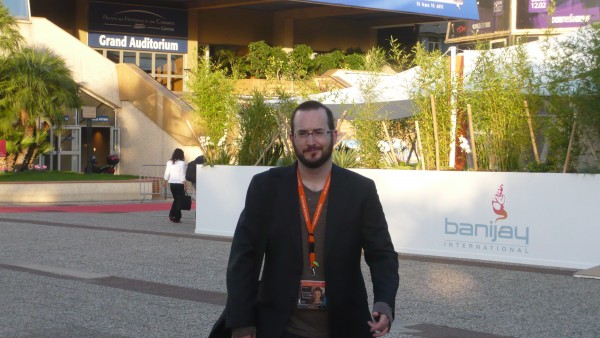 We pitched our “Squinky and the Witch” and “Crime Fighting Foley Monkeys” animation shows to great responses, looking for distributors, co-production partners and we also had meetings with broadcasters -here’s Leticia being very subtle about her wishes 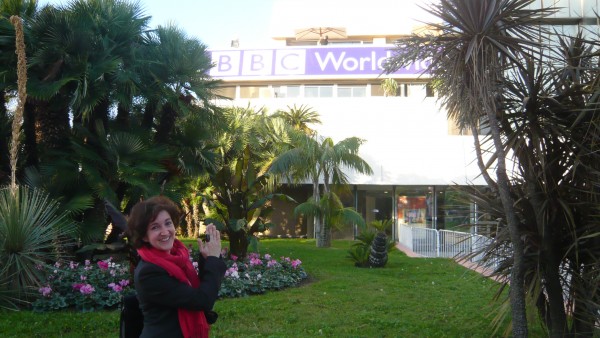 A prayer to the BBC

The Palais’ basement was full of rows upon rows of stands from companies from producers to broadcasters, distributors, licensing companies, etc… 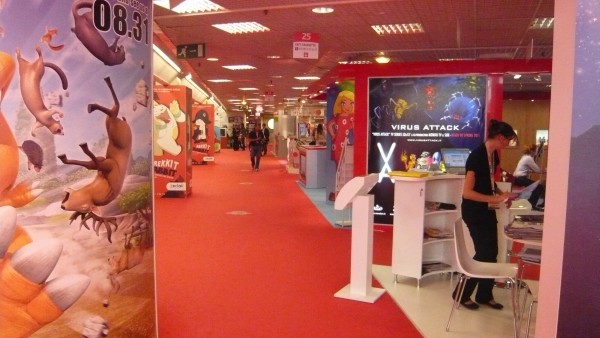 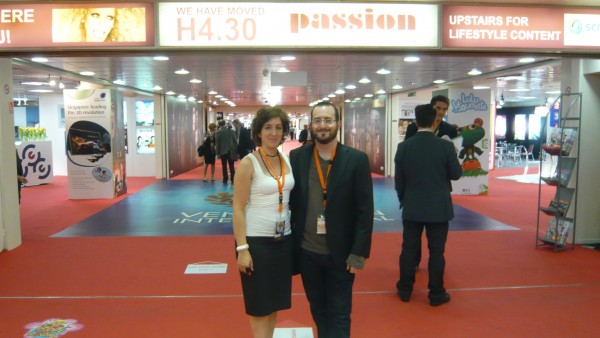 The entrance to the endless basement 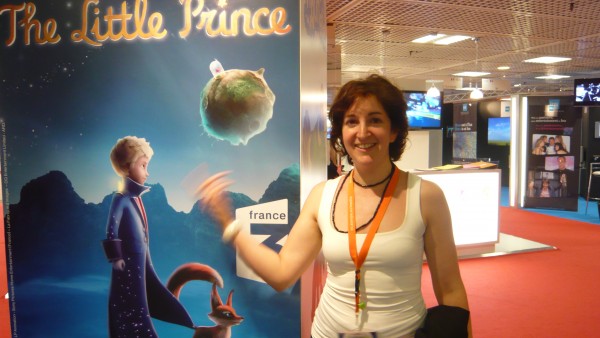 Posing with a celebrity

We were going as part of the European MEDIA umbrella stand, which were up on the airy 4th & 5th floors. The stand staff were absolute stars, helpful, charming, absolute saviours for us newcomers! 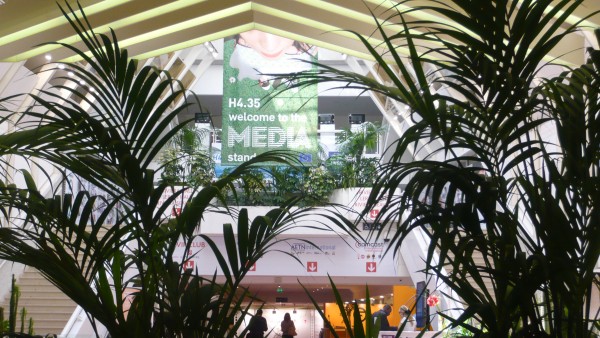 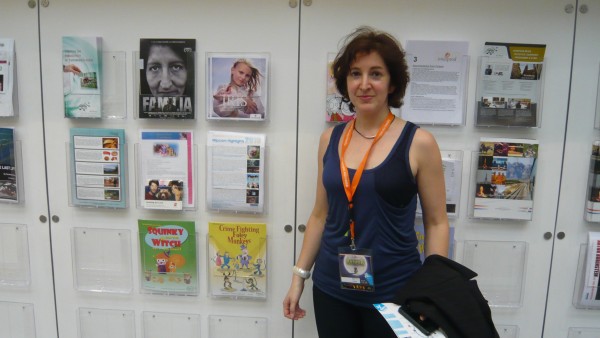 Next to our flyers at the MEDIA stand 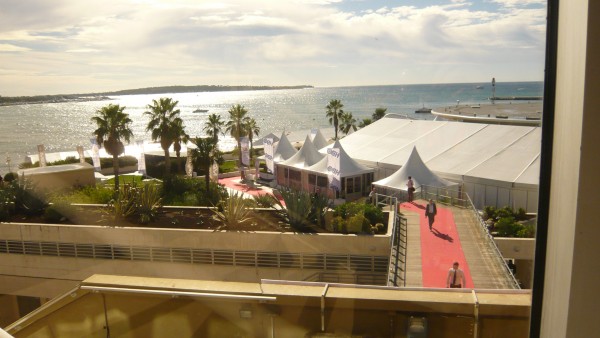 The view from the 5th floor by the MEDIA umbrella stands

As you can see we actually didn’t take any photos of the staff or the actual space up there, since most of our photo taking was on the very last day, when we thought we should have some part professional/part tourist mementos, but we did do some after hours networking and party going, like the opening cocktail party at the Martinez Hotel… 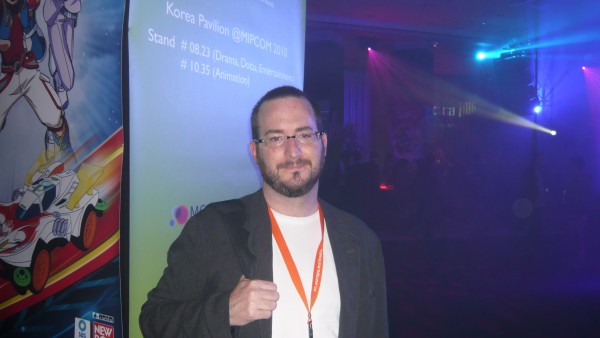 at which we lasted 15 minutes! not built for queuing...

And we had a meeting in a yacht! 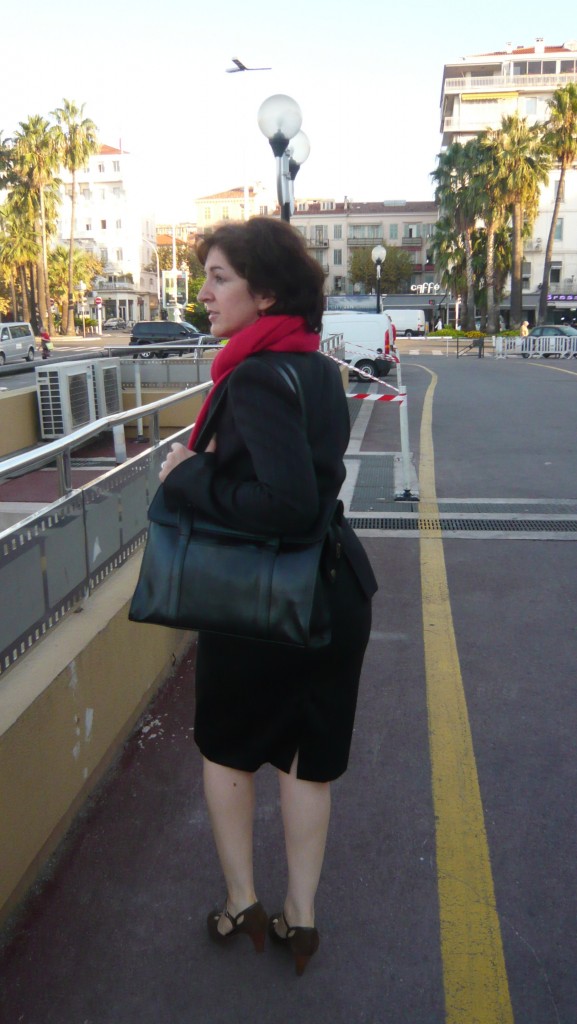 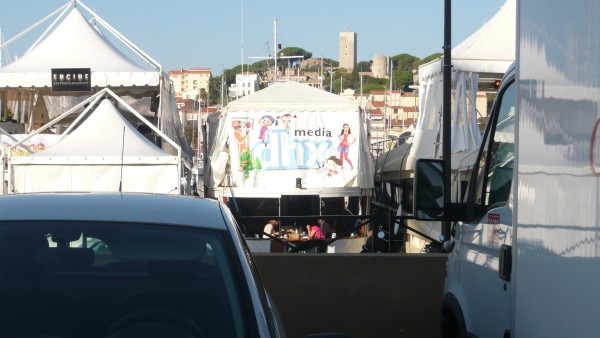 And on our last day of Palais and surroundings trotting, we attended the Wrap-up cross-media session … which was very interesting but Leticia was so exhausted she had a sneaky shut-eye at the back… Paul was paying full attention though 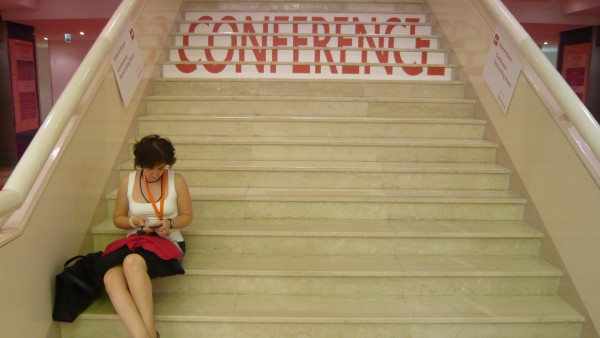 So… what now? Well, we’re following up on that interest and those contacts to get our animation projects going and we’ll update the blog as soon as we have some solid news on those, but also, check the Forty Foot film site and After The Revolution for updates on recent and coming festival screenings and other news with our two documentaries…