Whackala encourages all filmmakers out there to enter the International Doc Challenge!

30 Jan Whackala encourages all filmmakers out there to enter the International Doc Challenge! 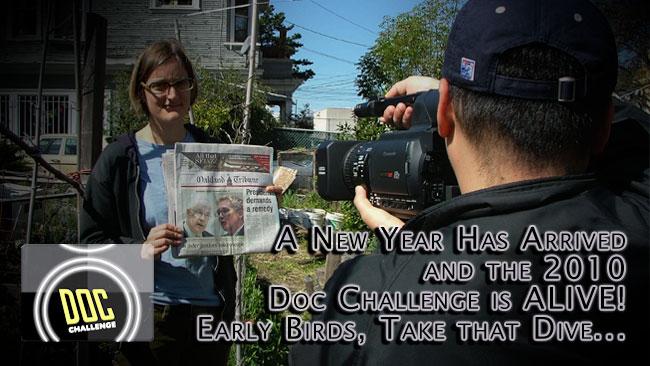 The International Doc Challenge made us, together with Aoibheann O’Sullivan, come up with the multi-award winning short doc Forty Foot . Registration is open again to enter this fantastic challenge. Read more about it. Go on, you only need 5 days!:

The Doc Challenge is a fun and innovative competition that will push
your documentary skills to the limit. If you’re new to the idea, it’s
very simple: Filmmakers from around the world are given a genre
(Character Study, Music, 1st Person, etc.) and a theme (such as
“Change”.)  Participants then have 5 days to develop, produce and edit
a 4 to 7 minute non-fiction film. The result is an exhilarating five
days for the filmmakers, and, as the films reveal, a joy for the
audiences at Hot Docs and beyond.