A co-production between Whackala and Imago Producciones

In this age when every second counts, people all over the world are doing the unthinkable, they’re slowing right down; to such a rate and in so many different ways that it’s being called a movement. Slow is an author-driven documentary that asks: how can we change our abusive relationship with time? 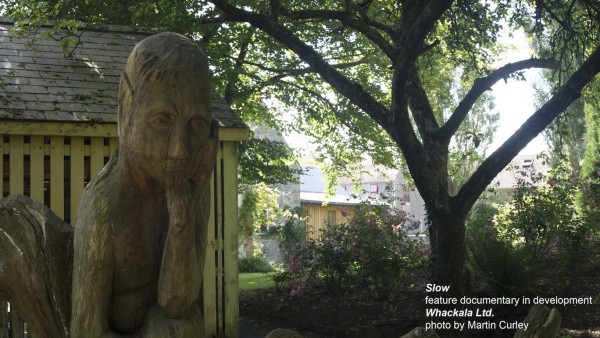 At a time when, aided by technology and ever-increasing demands, life operates at high speed, the Slow Movement encourages us to do exactly that: slow down, live better by doing and having less. Gradually permeating every area of life, it started with Slow Food in Italy 30 years ago, and now there is slow money, cities, education, media, even slow technology. From the outside, some see it as the latest Western middle-class trend, while others believe that, not just slowing down, but “de-growing” is the key to survival.

Beyond North America and Europe, many countries never had the chance to accelerate but the likes of China and India becoming economic juggernauts, they have stepped on the gas more than it was imaginable.

The film will immerse the viewer in what it means to be slow, including both advocates and detractors of this way of life and work. It will be structured in 5 chapters focusing on the crucial areas of TIME, FOOD, EDUCATION, CITES, including building and infrastructure, and MONEY. At its core it will follow individuals from different backgrounds and experiences. So far, we have three: one who was born into “slow”, a recent and radical adoptee, and one who’s ancient practice and profession clashes with his own modern Chinese culture.

The director, Leticia Agudo is intrigued by Slow’s promise to fulfil our physical and emotional needs, including the elusive “happiness” and “satisfaction”; it also promises to save our planet and livelihood by doing the opposite of what most governments and economies are pursuing . Leticia’s drive is to find out whether it is possible and applicable at a large scale or whether it is just a choice only available to the privileged few.

We’re looking for co-producers, pre-sales. Particular interests in the following territories which will be included in the film: Italy, Germany, Austria, France, UK, US and Canada and China.

Slow is going to be pitched at the following markets and dates: