We’re back and revamped

13 Nov We’re back and revamped

Posted at 16:53h in Updates by leticia 0 Comments
0 Likes
Share

As you can see, we have a new website and we have been giving updates only on “the twiter” only until this was ready. So, what’s new?

We have grown and have a new culprit.

We have been developing a big feature doc titled Slow with Spanish production company Imago Producciones and have just been awarded Creative Europe MEDIA development funds –that’s our big “YES” this season.

In the summer, we started to film trailer material for Slow and now we go on to the long and arduous process of raising the finance for production –and the enjoyable continuing development, research and trailer filming. 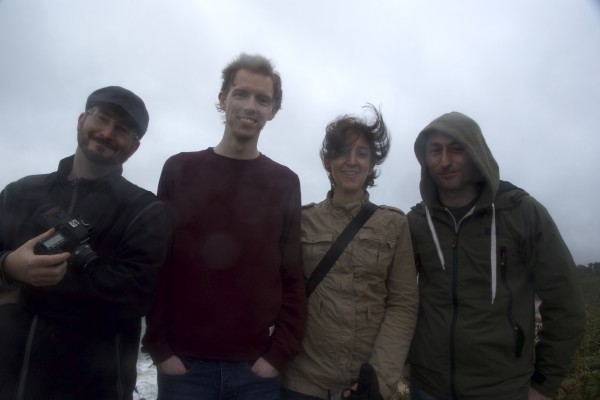 We made a couple of films for important causes in Ireland during the year, check them out in our new section Films That Matter.

Also, our first YES in a solely fiction project, Leticia won the Ronan Phelan Script & Pitch Award for her fiction short script “My Friend Jess” at Indie Cork Film & Music Festival in October. We’re waiting to see if we can announce any more yeses on that one soon –I just can’t bring myself to use an apostrophe for a plural! You know it’s the grammar dictator writing this, don’t you? 🙂

And, of course, we’re working on new projects all the time but, really, if you now about Media and Film production you know how much you generate for a handful of steps forward, so there’s no point telling you about all of them –our families get anxious enough as it is, so catch up on work is short. Some of them still wonder what we do for more than 10 hours a day.

p.s. check out What They Say section at the bottom of the new homepage. My favourite: “Sorry I’m in the nude, but that’s just the way it is”