Posted at 18:57h in Documentary, Land of Amber by leticia 0 Comments
0 Likes
Share 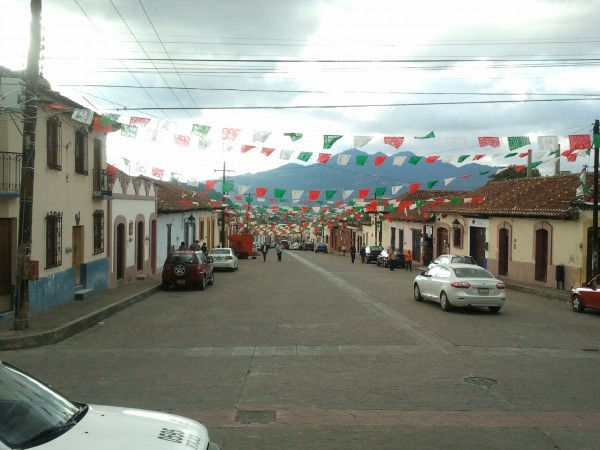 Well, I thought I was going to escape Moctezuma’s vengeance this time, we’re almost at the end of the trip, but it sneaks up on me in the middle of the night, and I spend the full day half lying, half sitting in bed, force feeding myself some chicken soup for strength. I remember how this one felt, the queasiness, the pain in the bones… I can’t do much at all, I only hope it’s a 24 hour thing.

The plan is to travel to Ocosingo tomorrow for an important interview with an ex-amber shop worker, but we need to rearrange a couple of people to also fit the new contributor and someone we had previously arrange to continue filming in his shop and museum. It’s a holiday after all and a Sunday, so we don’t hear from the man we need to change and, after 8pm, we make the decision to leave Ocosingo to Alicia after we’ve gone and make sure we get an interview with this new character who almost proclaims himself the guardian of amber. Also, neither Paul nor Alicia fully believe I’ll be walking by tomorrow.

In the morning of the 7th of January after 10 hours of forced bed rest I spring up ready for anything. We make a visit in the morning and run some errands and come back home for lunch and to get ready for our interview with the amber artisan from Simojovel at 4pm, after he told us he was going back the next day and couldn’t do it any other time.

We go by his stall at the crafts market in San Cristobal, we’re early, it’s 3:30. We have a look around and sit outside on a bench, with his shut stall in our view. Alicia says she would give him until half past, counting for Chiapas time keeping. I’m still restless and get up to look, eventually we call his daughter’s cell asking after him, both his contact numbers are in Simojovel, and the bad feeling is confirmed when she asks me to hang on a moment… he’s still there! He apologises as the important meeting he had in the morning with all the representatives from the amber organisation has just finished. I just say I would have appreciated the heads-up a bit earlier since we’re waiting outside his stall. I don’t want to give out too much, since we want to interview him. And so we rearrange for tomorrow afternoon. Paul comments that it’s the nature of documentary and Alicia that we have been really lucky, as everything has gone fairly smoothly, and for documentary and Chiapas, indeed it has.

Paul and I decide to take the rest of the afternoon of, to be tourists for a short while, the only time we do it in this trip, and we go to the crafts market. Tomorrow is our last day of work here. It’s been intense, productive and, as always, eye-opening in many ways.