Posted at 21:39h in Documentary, Land of Amber by leticia 0 Comments
0 Likes
Share

We’re woken up by a call to Alicia’s cell at 5:30 am, excited that we’re going to be told to come along this morning. False alarm, it’s someone else asking her a favour. Later on, she tries to call Dionisio and then his wife Esperanza with no luck. We decide to carry on ahead with Jorge’s interview at the museum at 11. Alicia finally gets through to Dionisio and he tells her that we can come and talk to a media representative who was assigned at last night meeting before we can carry on filming. Right, Alicia tells us that we’ll need to stay another night, but Paul and I insist that we can do it all by 3, since she doesn’t want to hit the dangerous and foggy road any later, but Paul and I think we can do it all by then. She reminds us of the meetings, waitings and still uncertainty about being able to shoot in the mines again at all. We proceed with Jorge as planned not to shift him around anymore, and, as predicted, it is a long and very detailed interview about the whole amber “situation”.

It’s after 1pm and we get ready to head to Pauchil. On the way, drizzle turns to full rain and we have to stop for works on the unpaved road, when one of the trucks breaks his gear stick on the muddy road doing a three-point turn. I’m starting to see that we may have to stay on another night. We have to go around the stuck truck and carry on. We park the car at the bottom of the hill where the village starts and make our way up to Dionisio’s passing quite a few men from the village at a football game in the school pitch. Alicia overhears, again for our benefit, “it’d better be for real this time”. We sit and chat with Esperanza while Dionisio changes their gas tank in the kitchen, but are unsure of whether he’s already called the media representative. She tells us that Dionisio gave up his role as director of the association at last night’s assembly, fed up with the other people’s suspicions and jealousies. After a while, Dionisio joins us and we chat some more about the whole affair. We eventually ask about the said media person but he tells us that there’s no problem, we can film. 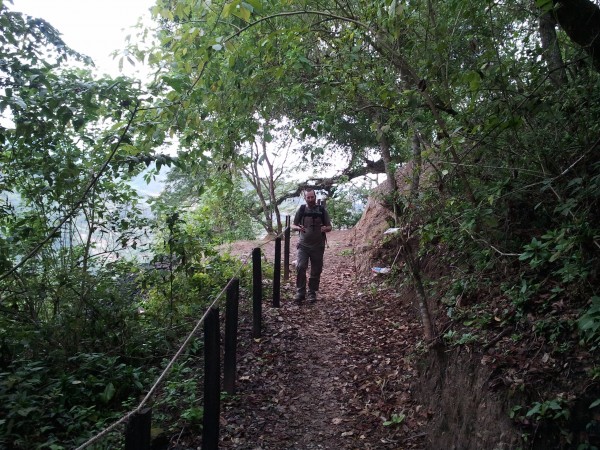 Now the only problem is doing it all before 4pm, since Dionisio and his family need to get ready for church at 4:30 and Polo isn’t around today. All the tension since yesterday has built up and we’re being short amongst ourselves too, but we get some great shots on the way to the mine, and both Dionisio and the miners still working away in his second smaller mine agree to be filmed bringing out and dumping the rocks over the side of the mountain.

After we drive back and arrange one more night in the hotel, we can eat and rest and work away all the tensions caused by the situation.